As the year ends, people are finding ways to align their philanthropic giving with their values in a way that makes an impact in the world.
So says Zach Briton, chief development officer and a fundraiser for the nonprofit Jewish Federation of Greater Washington. We asked him to give Montgomery Magazine readers tips for end of the year charitable giving.

The season of giving
“We see an uptick in donations in the last three months of the year,” Briton says. The Jewish High Holidays are a time of deep reflection as are Thanksgiving and Christmas. “I think that different moments in time allow for different reflections of values. You seek out what’s important to you as an individual, what’s important to your community and, ultimately, what is the role that you could play in impacting the change you see fit.”

Why people give
“There are different motivations, but certainly in this past year, there have been emergencies that have motivated people to give beyond what they necessarily thought they would, whether that be the war in Ukraine or the elections and the political cycle. We know that political events have the ability to shape people’s perspective.”

A survey conducted by Psychology Today found that 85 percent of respondents said the reason they gave was simply because someone asked.

“I think that resonates. We do know that many people do not give unless they are asked to, so it’s really important to give people in the community as many opportunities as possible to express their philanthropic values.

“People also give to people. They see the faces of those who were affected, in Ukraine, for example, and were ultimately motivated to support in great numbers.

“People who are interested in certain political issues will support nonprofits that are aligned with those issues. We are seeing many donors come together for refugees and immigrants as well as those interested in protecting democracy by funding organizations that are doing that on the ground.”

Choosing charities
“I think people want to know what the goals and mission are; what the success rate has been and how you evaluate the impact. Funders want to know, as they give to an organization, that it will help enable a particular change in the world.”

Tax benefits
“Toward the end of the year people are assessing their year-end donations and tax implications. People definitely give for tax benefits, but they alone do not motivate somebody to give. They may be an added motivator or push to give more. Tax benefits don’t inform values. So you have to have some philanthropic values and a particular perspective that you want to change the world and then realize those tax benefits as one way to achieve that. The organizations often work in partnership with individual funders and their professional advisers to help them think about how to use distinct moments in time where there might be taxable events in their lives to actually use it as a force for good in the world.”

Planned giving
“Every year we have unbelievable stories of individual donors who are connected to the organization for a long time. They may not make high-dollar major gifts on an annual basis but they leave an extraordinary bequest. The after-life gift that people leave, they are doing so to ensure that the community they cared so deeply about during their lifetime continues to have the resources necessary to thrive for generations to come after their lifetime.” 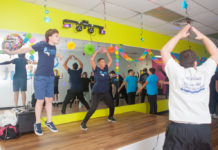 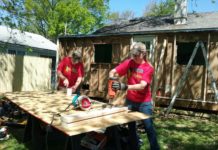