Climate fiction — or Cli-Fi, for short — are stories about the effects of global warming, climate change and other environmental issues on society. It used to be classified as science fiction: overrunning lakes and oceans, not enough water, weather too hot or too cold. Now it is not so much science fiction as science.

Reading these novels has certainly opened my mind to new possibilities. I hope it will open yours. —Lisa Navidi, Head of Adult Services, Davis Library, Montgomery County Public Libraries 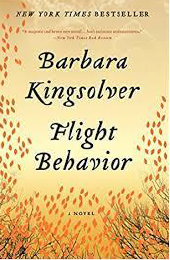 Dellarobia Turnbow, a 29-year-old wife and mother in Tennessee, is dissatisfied with her provincial life and constantly attracted to other men. On the way to a tryst, she encounters what seems like a miracle: trees filled with millions of monarch butterflies. When the butterflies, which have gone off course from their migration to Mexico, attract nationwide attention, Dellarobia becomes involved in both a professional and personal capacity. She then must decide about the direction of her own life.

‘The End of the Ocean’ 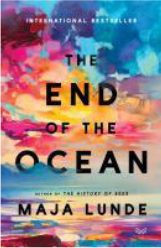 By Maja Lunde, translated from Norwegian by Diane Oatley

This story about the impacts of industrialization and global warming is told through two narrators: Signe, in 2017, and David, in 2041. Signe is a 70-year-old climate activist who has dedicated her life to defending the Norwegian environment against the forces of greed. David and his young daughter are refugees from drought-stricken Southern Europe, trying to build a life while they are searching for the rest of their family. When they discover a grounded sailboat far from water, it is Signe who guides them to their future. 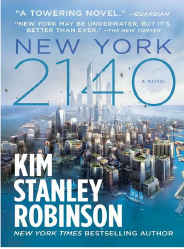 The streets are canals, and getting around using sky bridges, boats and vaporettos (a waterbus) is not a dystopian nightmare. The residents of the MetLife building have adapted to the new normal, their lives intersecting in this 600-page novel that begins when coders Mutt and Jeff disappear after trying to hack the planet. Described as “a comedy of coping in a future where climate change and sea level rise has happened” on Robinson’s website, “New York 2140” is really a cautionary tale about an environmental catastrophe that we may bring upon ourselves sooner rather than later. 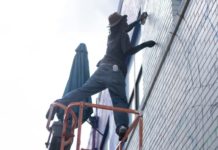