Historic White’s Ferry, which operated on the Potomac River for more than 200 years, announced Monday that it would immediately cease operations. The closure comes after a ruling by the Circuit Court of Loudoun County, Virginia, in a legal battle between White’s Ferry and the Virginia property owners of Rockland Farm, LLC.

The ferry and the owners of Rockland Farm made a licensing agreement in 1952, which allowed the ferry to dock on the land. Rockland Farm’s owners, however, claim that White’s Ferry has been trespassing on the property since the agreement ended in 2004.

Although White’s Ferry argues that it had the right to use the property since it maintained business operations on the Virginia side of the Potomac River, Circuit Court Judge Stephen E. Sincavage issued an injunction on Nov. 23 preventing the ferry from continuing to use the land and awarded Rockland Farm $100,000 in damages.

In a Facebook post announcing its closure, White’s Ferry stated that Loudoun County has declined to establish a new public landing location for the ferry.

Rockland Farm also issued a post saying that the ferry’s decision “came as a shock” and that its management had tried to reach an agreement with White’s Ferry “to allow it to continue operating while providing Rockland Farm fair compensation for use of our property.” Rockland Farm representatives also said they expressed a desire to discuss purchasing the business, but White’s Ferry chose not to negotiate.

The post further states that Rockland Farm has delayed presenting a final order to the court in the hopes of reaching a fair agreement.

On Twitter, Montgomery County Executive Marc Elrich calls White’s Ferry’s move “deeply concerning.” Both he and Caleb A. Kershner—who serves as supervisor for the Loudoun County Catoctin District, the district in which Rockland Farm is located—state that they are working to find a solution that could reopen the ferry.

In a statement to Catoctin District residents, Kershner says that the situation “illustrates the critical need to pursue a future bridge crossing between Virginia and Maryland.” He calls on regional transportation leaders to address this concern.

The closing of White’s Ferry now presents problems for citizens on both sides of the Potomac who rely on the ferry for personal and work-related travels. In a media statement, Poolesville’s town manager Seth Rivard says that the ferry is seen as a vital link between Virginia and Maryland and that it is important to the community that the ferry continues to operate. 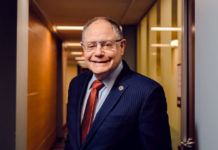 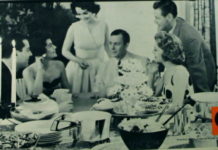