Born in Gaithersburg when it was “a slower version of what it is now,” Melissa Mollet is known as morning traffic reporter on NBC4. And if our traffic is a downer, Mollet leavens her time on the air by taking the Polar Bear Plunge, sharing her story of infertility and adoption and, along with anchors Eun Yang and Jummy Olabanji, introducing meteorologist Chuck Bell to the college-age pleasures of Taco Bell.

Montgomery Magazine: In college, you were an intern in three different departments at NBC4? Was this all at the same time?

Melissa Mollet: No. The way I got my internship was, my mother was a Montgomery County schoolteacher. One of her principals was Lois Bell, and her daughter worked in sales at NBC. I spoke with Christina. I think I called her a few times, and I remember her calling me back and saying, “Man, are you tenacious!” I’ve kind of taken that through my life as a compliment. Because it does describe me well.

There was an opening in the human resources department . And they said, “You don’t want to be here, you want to be in the news room. But if you take this” — It was an internship and it was unpaid. This was 1999 —

I interned for HR that summer. And I had a weekly internship in the news department that summer. And the next year they said, “You did such a great job that we’d love to have you back. Which department would you like to intern in this year?” And I interned for “Dateline” that year. I got to go to New York. Met Stone Philips. And I was able to do a story with Geraldo Rivera.

When I graduated college and got my first job, I always kept in touch with all the people back at NBC. So, finally, when it was time for me to be back in the Washington area, they were ready for me and I was more than ready for them.

You probably do remember the story you did with Geraldo.

Yes, I do. It was on the Eastern Shore and it was about a waterman who had been convicted of a crime he didn’t commit. And he had spent 25 or 30 years in prison. And DNA evidence had finally freed him. You have to remember this was 22 years ago. Now it’s much more common to hear about something that was overturned by DNA. But then it was not quite as common.

Who do we blame for the horrible traffic in the Washington area?

I feel worse for Chuck Bell than I do for myself. The poor guy can’t catch a break. It’s either too hot or too cold. And no matter what he does, it’s just not right.

For me, I feel like people are grateful. With traffic, I can at least warn them and help them save a few minutes. With Chuck, he’s always wrong and we always gripe about whatever the weather is outside.

If you were family, what role does each of the members of your team play?

Chuck is everything light and he keeps us laughing. Eun is the mother hen where she takes care of everybody. Jummy is hysterical and always keeps us on-task and entertained. We’ve been good friends for 10, 15, 20 years. So when you’re on air with people that you truly love, I really feel that the folks at home can feel that through the television screen.

When traffic disappeared during the pandemic, did you expect it would come roaring back again, or were you lulled like the rest of us in thinking things would be better?

I thought it would come back not as strong, only because of people now working from home. Permanently. And it’s not quite back to where it was.

I’m not sure we’ll get back to where we were.

You’ve done a lot of morning broadcasting. Are you worried that you’ll be typecast as a morning person?

No, because I like being a morning person. We have three children, and the morning shift is the best for raising a family. If you’re good with no sleep, the morning shift is for you. You’re home in the late morning or the early afternoon and you’re there to take your kids off of the bus. We can be there for dinner and for bath time. That’s the important stuff for me. I’m grateful for this morning gig, but I would pay a heck of a lot of money for some extra sleep.

What time do you get up? 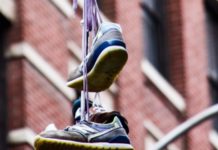