“I was born in Shanghai during China’s Cultural Revolution, and my mother was forced to change my first name to Hong, which translates as Red,” says Lily Qi. “The name my parents originally chose was considered bourgeois—not revolutionary enough.”

Those who know Qi [say: Chee] are amused by the irony; the 56-year-old freshman delegate from Montgomery County is regarded as a highly progressive member of the Maryland General Assembly. Her LinkedIn profile self-referentially declares she’s a “rebel.” As the state’s first Chinese-born legislator, elected in 2018, Qi finds herself in the right place at a time when the rights of nonwhites and immigrants are being thrust to the forefront.

Qi embraces the role of advocate. “You’re here to be a voice for the people you represent—not just to pass bills,” she says. She often refers to immigrant concerns as “the missing voice that no one is missing.”

Her own voice was born in the 1960s as a wave of Communist oppression purged the insufficiently compliant, sending millions to so-called “re-education camps,” and persecuted the families of both Qi and her future husband, Yu “Phil” Peng. Qi arrived in the United States on Feb. 22, 1989—George Washington’s birthday—to attend Manchester College in rural Indiana, sponsored by an American professor for whom she worked as a translator when he was visiting Shanghai. (Thirty years later, she was invited to become a member of the Board of Trustees at what is now Manchester University.)

In 1997, they moved to Montgomery County when Qi accepted a position working on multicultural affairs at American University. Her years in the Midwest served them well. “If we’d come to D.C. first,” she says, “we would have gotten lost.”

Qi became a U.S. citizen in 1999 and earned an MBA while working at AU, eventually moving on to work on economic development for a couple of nonprofit organizations. Peng developed a career in finance. When Isaiah “Ike” Leggett was elected in 2006 as county executive, he asked Qi to act as liaison to the Asian community in the county, where the population now was one-third foreign born, including 50,000 Chinese.

In a recent interview, Leggett praised Qi for her ability to grasp complex issues and, particularly, her skill in mediating a delicate issue when Taiwanese residents objected to the county’s seeming favoritism of the more recent arrivals from mainland China.

“I got a lot of pushback (from Taiwanese residents), sometimes not so nicely,” says Leggett. But during a trip to Korea, Qi arranged for a side visit to Taiwan so Leggett could reassure his constituents that their concerns were recognized. “She pulled that off without a hitch.”

Qi was “swimming in the political world,” as she put it, and decided she wanted to dive more deeply. Family discussions on whether to run for office, she recalls, “were actually many sleepless nights. I thought of myself as a [business] professional, so this was a big shift.” Although she understood the dynamics of campaigning, Qi needed “the mindset
I could do this,” she says.

In 2017, she applied for training offered by Emerge Maryland, an organization created to groom potential female Democratic candidates. Qi said the course gave her the tools and the confidence to run; she already had an edge in fundraising—a task that many classmates found daunting. “My people (the Chinese community) had never been tapped,” she explains. “Once they know you they are willing to support.” She also used a popular messaging service called WeChat to focus on Asian voters in the 15th district.

Now Qi has two priorities for her legislative initiatives. The first is to make Maryland and Montgomery County more competitive. “This is why people like me came to this country,” she asserts. “We did not come for diversity; we came for opportunity.” The second is to make the state more inclusive through measures that promote immigrant integration and social justice. One bill would establish a state LGBTQ commission to “ensure there is a home for their issues.” (Her adult son, Andrew, is gay.)

Almost from the day she was elected, friends and constituents have been asking Qi what office she’ll next seek. She laughs. “Let me settle in and see if I’m the kind of person right for this position. I just want to do a good job.” And provide that missing voice. Now that would be truly revolutionary. 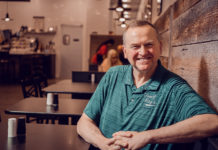 Where everybody knows somebody’s name 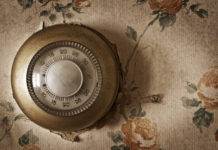 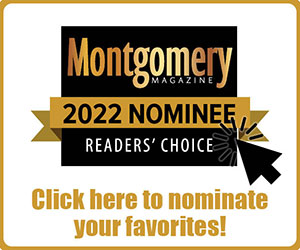