When Abigail Bortnick completed her breast cancer treatment in February 2018, she was eager to get on with her life. The Bethesda mom of two, who’d been diagnosed nine months earlier, had undergone roughly six months of chemotherapy, a double mastectomy and two months of radiation treatments.

But she soon learned that, contrary to popular belief, life doesn’t just go back to normal once cancer treatments are finished. Bortnick still grappled with physical symptoms such as fatigue and pain — especially after her breast reconstruction surgery — as well as forgetfulness that’s commonly referred to as “chemo brain.” Three-and-a-half years later, those issues are mostly resolved; it’s the emotional scars that have lingered.

“The main thing that haunts me is the continuous fear of the cancer coming back,” Bortnick says. “You’re never done with cancer. I think about it every day of my life.”

While the five-year survival rate for breast cancer is high — 90% overall, and 99% if the cancer hasn’t spread outside the breast — survivors like Bortnick often deal with lingering physical, cognitive and emotional effects. Here are some of the most common ones — and what survivors can do to help manage them.

According to Dr. Raquel Nunes, a breast medical oncologist at the Johns Hopkins Sidney Kimmel Cancer Center at D.C.’s Sibley Memorial Hospital, more and more young women are electing to undergo mastectomies to treat their breast cancer. And it’s women in their 30s to mid-50s who suffer the most from resulting body-image issues.

“Many women never feel completely comfortable with the reconstruction,” says Dr. Nunes. “They don’t feel as beautiful, and it really hurts their self-esteem.”

Stephanie Natter, clinical director of Expressive Therapy Center in Rockville and breast cancer survivor, notes that some women also struggle with the loss of hair, eyebrows and eyelashes often caused by chemotherapy.

As with Bortnick, the fear of the cancer returning is the worst long-term impact for many of Dr. Nunes’ patients. “It creates a lot of anxiety for them and can really become a driving factor in their lives,” she says. “It’s as if they’re constantly waiting for the other shoe to drop.”

Chemotherapy and radiation can really wipe a person out. Add to that the anxiety and sadness many survivors face and it’s no wonder they feel exhausted.

Fertility problems
Chemotherapy can damage a woman’s eggs and cause her periods to become irregular or to stop. Hormonal drugs like Tamoxifen — commonly used to prevent recurrence and typically recommended for at least five years after treatment —can also affect periods and cause the ovaries to stop producing eggs. In addition, these drugs can cause menopausal symptoms, such as hot flashes, vaginal dryness and loss of libido. All of these things can disrupt a woman’s plans
to start or continue a family.

Survivor’s guilt is common, as is guilt about not feeling better as quickly as the person would like. And then there’s guilt about worrying loved ones. “Sometimes I feel guilty talking about how nervous I am,” says Bortnick. “I don’t want to burden people.”

Get moving
According to Dr. Nunes, it’s important to start an exercise routine as soon as you are able to — even if you start with five minutes of walking per day. That’s because physical activity is the best way to manage fatigue. In fact, many survivors end up being more active after cancer. Bortnick started taking daily walks and doing yoga. In summer 2018, she went on a rock-climbing trip with First Descents, an organization that provides outdoor adventures for young adults impacted by cancer and other serious health issues.

“Sometimes the only way to deal with fears and anxieties is to acknowledge them instead of trying to fight them,” says Dr. Nunes. So, remind yourself that it’s OK to be sad or worried.

“When I’d get down on myself for not feeling great, I’d remind myself that I went through something really hard,” says Bortnick. “Then I’d feel proud of myself.”

Don’t push yourself too hard

It’s OK if you can’t get back to your pre-cancer workload, fitness routine or volunteer schedule right away. In fact, if you push too hard too soon, you can end up setting yourself back. So be patient and aim for small victories along the way.

Seek out — and offer — support

Natter started Breast Cancer Buddies, a free program at her practice, in 2017 when she realized that not many breast cancer support programs existed. Since then, she’s found that the mentors — breast cancer survivors — gain just as much from the program as the mentees. Bortnick has also found comfort in a breast cancer support network and in helping the newly diagnosed. And for those who don’t enjoy support groups, one-on-one counseling can be a good tool.

But don’t forget another important, and much more accessible, source of support: your family and friends.

“Don’t be afraid to ask for help,” says Natter. “Now is not the time to try to do things on your own.

Dr. Nunes agrees. “Women feel like they have to appear strong all the time,” she says. “But they shouldn’t be afraid to confide in their loved ones.”

And remember, there is no one-size-fits-all when it comes to survivorship. “What works for one person may not work for someone else,” says Dr. Nunes.

So listen to your body, seek help when you need it and be sure to discuss any symptoms and concerns with your oncologist.

How to Support a Breast Cancer Survivor
Often, the meal trains and errand-running offers wrap up once a patient has completed breast cancer treatment. But, says Natter, “the cancer doesn’t end when treatment ends.” In fact, survivors may need even more support as they work to recover from the physical and emotional effects of breast cancer.

Here’s how you can support a breast cancer survivor:

Continue offering practical help
Whether it’s treatment-related fatigue or emotional exhaustion, many survivors still battle lower energy levels after they complete treatment. Offer to help them with childcare, meals, errands and household tasks, even after the treatments are over.

Follow their lead
While some survivors find it helpful to talk about their cancer experience, others prefer to avoid the topic. Let your loved one know you’re there to listen, but don’t pressure them to talk if they don’t want to.

Resist the urge to relay others’ experiences
“I didn’t necessarily want to hear stories of someone’s friend who had breast cancer, whether it was good or bad,” says Bortnick. “Every journey is different, and their experience wasn’t the same as mine.”

Don’t invalidate the survivor’s feelings
Dr. Nunes warns that being overly positive by saying things like, “You’re lucky you caught the cancer early,” or, “At least it didn’t spread,” can add to the person’s survivor’s guilt or put too much pressure on them to feel better. Instead of trying to sugarcoat things, acknowledge the survivor’s feelings and let them know you understand. 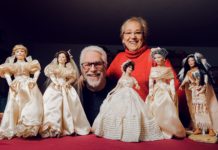