When Eli Lewis comes home to the Rockville apartment he moved into a year ago, he passes the cylindrical-shaped Soulfull cafe connected to the building by a skywalk. Inside, mosaics and artwork by residents line the lobby walls. Next to the elevator, a colorful sign reads “Main Street. Inclusivity Redefined.”

For Lewis, who has Down syndrome, and his mother Mary Ann Dawdeit, that phrase encapsulates the spirit of Main Street, a 70-unit apartment building and community center that opened last August. One-quarter of the units are designated for people with varying special needs. Three-quarters of them are “affordable,” with a range of rents for households earning 30-60% of Montgomery County’s median income.

Lewis, 30, says having friends in the building, a washer and dryer in his apartment and a gym on-site are major plusses to living at Main Street. He had lived on his own for a few years in a traditional apartment community and now enjoys living in a community of people both with and without disabilities. His mother says that’s what makes Main Street different.

“All folks with disabilities deserve a place where they feel at home and included. The other apartment facilities were not cognizant of what that means,” says Dawdeit,

And that’s exactly what Jillian Copeland hoped for when she first envisioned opening Main Street four years ago. Grappling with how her son Nicolas, then 18, who has developmental disabilities and seizures, might be able to live independently, she talked to dozens of families with young adult children who have disabilities about options.

“What I found wasn’t great,” says Copeland, who founded the Diener School in Bethesda a decade ago to help children with social and educational challenges. “Adults with disabilities are not provided opportunities for inclusive housing. There’s a lack of opportunities for continued education and a lack of social connections with the neurotypical community. They aren’t getting a seat at the table.”

Copeland says less than a quarter of adults with disabilities nationwide live independently because affordable housing choices are limited and there’s little intentional inclusivity. While Main Street doesn’t offer one-on-one assistance to residents, they are welcome to bring in caregivers if they need help with everyday needs or to participate in activities.

Main Street residents also have the option to sign up for a community coaching program for connection, skill-building and fun. Activities include cooking meals together, games, visits to local parks and restaurants and social skills discussions. The group meets on Sundays, and coaches check in with participants during the week when they focus on such skills as apartment cleaning, personal hygiene and community safety. The eight-week program costs $245, and financial aid is available.

Copeland reports that Nicolas is thriving at Main Street. “I see him walking taller and with pride and feeling a sense of independence, a normalcy he sees in his cousins and friends and desperately wants. He’s been able to build a community for himself,” she says.

Copeland and her husband Scott Copeland, a principal with RST Development, an affording housing developer, began the Main Street project in 2017. Funding has come from the state of Maryland in the form a low-income tax credit with a $15 million value, as well as a $2 million grant from Maryland’s Department of Health and Mental Hygiene. Fundraising from private individuals and foundations has brought in an additional $5 million.

The apartment building’s accessibility features include electronic doors, no-step entrances and audio notifications in elevators. A handful of units were built to meet the standards outlined in the Americans with Disabilities Act, while the rest are ADA adaptable, with moveable kitchen islands, low-pile carpet and smartphone-controlled thermostats, among other features.

Interest in moving into Main Street has been overwhelming, says Stacey Watson, the community’s director of member experience.

“When the phone lines opened in March 2020 for people to express an interest in the apartments, thousands upon thousands of people called,” Watson says. “We have a waiting list that’s like several hundred pages long. Even the market-rate apartments having a waiting list.”

This speaks to the dearth of affordable housing options for many people, with and without disabilities, Copeland says. She has consulted with communities across the country about creating similar communities, but Main Street “is the only place in the country I know of with all the bells and whistles and programming,” she says.

Residents with disabilities can also apply to work part-time at the front desk and the Soulfull café, a partnership between Rockville’s Dawson’s Market and Main Street, making smoothies and sandwiches.

Sabria Still counts herself as one of the lucky few to land an apartment. She lived in Prince George’s County, but after getting a job with the Montgomery County Council she was afraid she wouldn’t be able to afford to move to the county.

“I am extremely grateful for being able to afford my rent and not have to choose between what bills I can afford during such an economically volatile time,” Still says. She is also happy she can walk to work and that Main Street is just a few blocks from the Rockville Metro station.

Main Street Connect, the on-site community center, is yet another perk, according to Still. “Main Street has made it possible for me to engage with my neighbors and passions from the comfort of my home,” she says.

“When COVID hit, our community members with disabilities were the first to be furloughed or laid off, the first to have their hours cut. There was nothing for them socially,” Watson says. “None of the Zoom [programs out there] were designed or created for people with disabilities or even in an inclusive way. Nothing was thought about for them for accessibility. So we said we have to figure something out.”

Main Street Connect launched last summer with a few Zoom programs per week and now offers 20 weekly programs, some virtual and others in person.  The 10,000-square-foot facility includes a fitness center, a teaching and commercial kitchen, a multimedia room and a classroom.

However, a large number of participants don’t even live in the apartments, joining online activities from as far away as Texas and Oregon. Unlimited access to programs — try a Muscle on Main, an exercise class, or a charcuterie master class — costs $75 a month. A $20 monthly membership option is also available, with members paying $5-$15 for each class they choose. Financial assistance is available to help cover membership fees.

“We are always mindful we’re not watering things down, but also not making them too complex so that they’re not approachable or accessible. I think we’ve done a really good job of meeting the middle of the curve for the people we serve,” says Watson.

“This inclusive programming is the ticket. It’s a space for people to come together,” adds Copeland. “Take the Muscle on Main class where a participant with special needs sees a neurotypical person come into class and knows they are both welcome there. This is how you build community, not out of charity, but organically and out of kindness.” 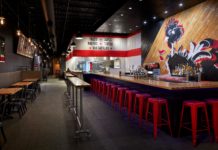 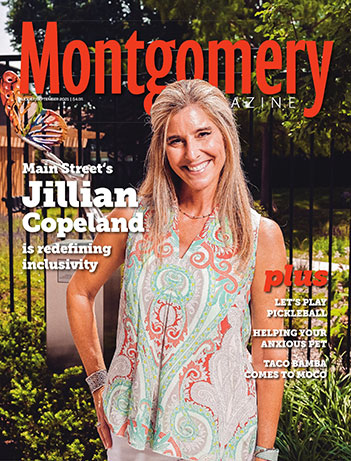