After a 40-year career as a trial attorney in Washington, D.C., Bruce J. Berger turned to writing, earning a master’s degree in creative writing from American University, where he now teaches.

His soon-to-be published second novel, “The Music Stalker” (Black Rose Writing, 2021) concerns a family that includes a child piano prodigy. The title refers to the character’s paranoid fear of being stalked by a murderous fan.

Berger, a Silver Spring resident, talked to Montgomery Magazine about his literary creations.

What about this story inspired you to write it?

Nicky and Adel Covo are characters I have been writing about since 2009, in a succession of short stories, in one unpublished novel and in “The Flight of the Veil.” Primarily, I am fascinated with the characters. But I was also inspired to write about a young female piano prodigy [after] discovering a few online, listening to their music and following their careers. I began to wonder what parental attributes were desirable and undesirable in nurturing the career of a prodigy. That got me writing, and it seemed obvious to set this prodigy — and a jealous brother —in the family that Nicky and Adel were going to create.

How did you first get started in writing?

I have always written creatively, going back to grade school, but in 2009 I began to write more seriously and took my first creative writing course at Montgomery College. From there, I began to attend summer writing conferences and to participate in writing workshops at the Writer’s Center in Bethesda.

Actually, it’s a prequel. “The Music Stalker” generally covers the period 1963-1980, although the first-person narrator, Max, is looking back at events from the standpoint of 2001. The present time of “The Flight of the Veil,” on the other hand, is 1990. Now, I admit that I have in mind a true sequel to “The Flight of the Veil,” starting exactly where that novel ends. That sequel – whose tentative name is “To See God” – is only in its very first stages.

The themes of family and mental illness both run very strong through this novel. Why did you want to approach these topics in this fashion?

Adel came into being in my fiction as a young lady with schizophrenia, first recorded in the short story “Nate and Adel.” It didn’t take much of a leap of creative intuition to assume that her daughter might inherit the genes that are associated with schizophrenia. From a novelistic point of view, the protagonist needed to be fighting against something standing in the way of her most important goals, i.e., her continued perfection as a performing artist.

The theme of family has always been important in my fiction and could be no less so in this novel, which closely examines how a special child thrives — or fails to thrive — in a given family situation. The theme of family also informs the unique narrative structure of this novel, in which the thoughts and actions of three members of the family in “real time” are the province of an omniscient narrator, but in which the thoughts and actions of the fourth member of the family are set forth in the first person, from the vantage point of many years in the future. So we do see at times that the same events are given different interpretations based upon who is narrating and whose thoughts the narrator has access to.

One of the main characters, Kayla, was a musical child prodigy. What was it about child prodigies, and musical prodigies in particular, that appealed to you?

I began the study of piano at age 4, starting off much like Max does in this novel. I didn’t have the talent or perseverance of Kayla, however — nothing near either. But, after I decided to stop lessons at age 13, I often wondered what might have happened had I continued, had worked harder and had been much more talented. That’s part of the inspiration for writing this novel — exploring what such a life might have been like. And, as I indicated earlier, I was fascinated by the question of what might happen if a person with other-worldly musical talent is born into a family with no such talent, no history of such talent and a plethora of other, deep-seated problems. 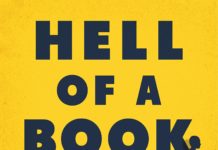 The courage of the Black and gifted: Books to read during Black History Month