Each year, hundreds of Maryland children are temporarily separated from their parents and placed in foster care because they have been abused, neglected or abandoned.

The goal of foster care is to reunite families. Sometimes that’s possible, and sometimes it’s not.

Stories of foster children being bounced from one family to the next are sad but true. However, tales of superhero foster parents stepping in to save the day are also true. Montgomery Magazine talked to three sets of local foster parents who not only welcomed a foster child into their homes, but went one step further and found a permanent space for them in their hearts.

A Change in Plans

Jason Plummer and his husband, Chris, were watching TV when a commercial for AdoptUSKids, a national nonprofit that supports child welfare systems and connects children in foster care with families, piqued their interest. Jason’s biological son had left the nest, and the two men were thinking about their family.

“Chris and I started talking about what was missing. We were having fun, but we discussed that part of everyone’s life is children,” says Jason. “Since I have always loved children … it was just almost natural to want to foster.”

After doing some research, the couple was connected with a Montgomery County recruiter and case worker, who sent them to an information session on fostering.

Since October 2017, Jason and Chris have had 19 foster placements ranging in length from one day to 13 months. For each of those placements, they worked to support the goal of reunification with the family. However, when the status of a child they have been fostering since he was three days old recently changed from reunification to non-relative adoption, Jason and Chris decided to start the adoption process.

Montgomery County police officer Dawn Wenner recalls how an incident at work led her to care for a child that she now hopes to adopt. “While working the road as a patrol officer, I had had several encounters with the child’s birth mother,” she says. “When the birth mother knew that the baby was likely going into foster care, she reached out to me about caring temporarily for the baby.”

A week after the baby was born in November 2017, a judge granted Wenner guardianship. About a year later, when the child’s permanency plan changed from foster care to adoption, Wenner decided she would adopt him.

Since Wenner was the child’s legal guardian and not a foster parent, she had to go through the foster care process first, including training and a home study, in order to move forward with adoption.

“Honestly, I didn’t go into it with the intention of adoption,” she says, explaining that she was only planning to care for the baby until his mother got back on her feet.“Unfortunately, that never happened.”

“I always knew growing up that I wanted to adopt a child one day. I had a heart for orphans or children that needed a home,” says Rachel Quinones. Her childhood desire to foster intensified in college when Rachel lived briefly with a family that was fostering; she found the situation to be incredible.

After Rachel married and had two biological children, her husband’s boss, a huge advocate for foster care, got her excited again about fostering. Her husband, Felix, was on the same page. “We felt that, at the core, it was something we were supposed to do with our lives,” she says.

The Quinoneses started fostering while living in Connecticut, welcoming 10 different children into their home in just two years. Since moving to Maryland three years ago and getting relicensed, they have only had one placement: a 3-year-old who has been in their care since he was 1. Now, they intend to adopt him.

“Always, always, always, the goal of foster care is reunification. We are super supportive of that. Of the eleven children who have lived in our home, we have seen many successful stories,” says Rachel. “We believe that families do belong together if reunification and restoration of the family is possible. In the case with our little guy, it just wasn’t possible.”

Among the many challenges that foster parents face, dealing with “the unknown” is a common struggle.

What Wenner finds stressful is not knowing what will happen—and when. Waiting for court dates and outcomes has been emotionally draining, she says. Luckily, Wenner has a strong support system, something all three sets of foster parents agree is essential for any foster family.

Rachel says that their biggest challenge is living in “maybe days,” referencing the title of a children’s book about foster care. “It’s maybe this will happen or maybe that will happen, but we don’t really know,” she says. Heartbreak is also a struggle, but those feelings of sadness are surpassed by the joy of watching a family reunite, she says.

“We hope we are helping children have a safe place to land, to grow and thrive, as their parents do the work to grow and heal on their end,” says Rachel.

Becoming approved as a foster parent in Montgomery County is a process that takes several months and includes background checks, pre-service training and a home study. To learn more, contact Montgomery County Child Welfare Services at 240-777-1664 or visit montgomerycountymd.gov/fosterparent. 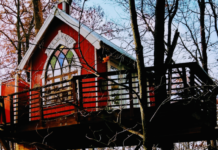 Not Your Childhood Treehouses 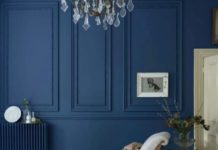 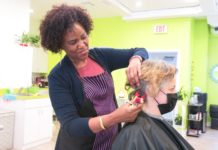