MOST OF US IN MONTGOMERY COUNTY ASSOCIATE EDGAR ALLAN POE WITH NEARBY BALTIMORE. Poe died in Baltimore and is buried there and the name for the city’s NFL franchise was inspired by his most-famous work, “The Raven.” But Poe spent a lot of time in Richmond, Virginia, where fans can sleep at the site of Poe’s “enchanted garden,” have a glass of wine under the shade of the same linden trees where Poe fell in love for the first time and see his boyhood bed, original manuscripts and a lock of his hair. Maybe, if you’re really lucky, you’ll see a ghost or two.

Many of the most pivotal events in Poe’s extraordinary and tragic life occurred not in Baltimore but in and around Richmond. And many of the sometimes-spooky sites can still be seen today. Home base for the ultimate Poe adventure is the Linden Row Inn on East Franklin Street. This 70-room boutique hotel is comprised of seven historic townhouses that together are some of the best surviving example of Greek Revival architecture in the United States. The property is home to many Poe stories, real and imagined.

“One of the ghost stories out there – that is false – is that his mother Eliza Poe’s ghost roams the buildings,” says Vishal Savani, director of the Linden Row Inn. “The story is her ghost is here because she stayed in one of the townhouses, but these buildings hadn’t been built in Eliza Poe’s lifetime. Edgar hadn’t even played in the gardens that were here until after her death.

Perhaps that story isn’t true, but there is a very real connection between Poe and the property.

“In Poe’s time, the whole block was a big garden surrounded by a brick wall, and everybody in the neighborhood would hang out there,” says Chris Semtner, curator at the Poe Museum. “It was filled with linden trees and roses. They say you could smell the roses from a block away.”

The garden was immortalized by Poe in his poem “To Helen,” as the enchanted garden, and it was where he met and fell in love for the first time with Sarah Elmira Royster Shelton. In true tragic Poe fashion, though the couple intended to marry, her parents didn’t approve and kept them apart. Later in life, after they each married and had been widowed, they reunited and intended to marry again. Unfortunately, Poe died 10 days before the wedding.

Today, the Linden Row Inn is still home to the same linden trees that shaded Poe’s enchanted garden. The hotel provides beer and wine service, so guests can enjoy a drink under the trees.

Besides meticulously restored period rooms, guests can look forward to other great amenities included in the price of their stay, such as a continental breakfast and a shuttle service that will take them anywhere within a two-mile radius which is basically everywhere they’re likely to go.

One place on most guests’ lists is the Poe Museum. Amidst the vibrant cityscape, a little stone house sits as if it is a transplant from another time and dimension. This tiny building is the face of the museum and houses the guest shop and one exhibit, but it is only the tip of the iceberg that is the Poe Museum.

The Old Stone House opens to a fantastic garden with a shrine to Poe and several outbuildings bordering it. The Poe Museum garden layout is based on Poe’s poem “To One in Paradise,” and it is full of pansies, lilies and roses. The shrine, at the far end of the garden, is home to a statuary bust of Poe.

“The original bust was stolen once,” says Semtner. “The thief somehow got over the brick wall with the bust, walked into a bar with it, and asked the bartender for two drinks – one for himself and one for his good friend Poe. The police were called, but when they arrived at the scene, the thief was gone. The bust, however, was recovered.”

Now the museum keeps the original bust inside, under lock and key, and a reproduction of the bust is bolted down in the shrine.

Few may think of Poe as a party animal, but the Poe Museum is definitely a happening place – especially in the fall as the anniversary of Poe’s October death and Halloween approach. The museum sponsors “Unhappy Hour,” a chance to unwind with a drink or two and party in the Poe exhibits as well as other fun events with costumes, live music and performances of Poe’s works.

Since Poe is most well-known for his horror stories such as “The Raven” and “The Tell-Tale Heart,” we often don’t get to see the softer side of Poe. He was a hopeless romantic and, surprisingly, a bit of a ladies man.

“Poe’s sister went to an all-girls school,” says Semtner. “This was very fortunate for Edgar.”

When you go to an all-boys academy, having an inside contact at a girls school must have been a godsend.

“Poe could get his sister to sneak him into the all-girls school sometimes,” says Semtner. “She’d also act as courier and transport letters and drawings, little gifts of fruit or candy. He was a big hit for writing these girls poems until they figured out that it was the same poem, over and over again, just dedicated to different girls.”

All of Poe’s romances came to a tragic end – from rejected proposals, to his young wife dying of tuberculosis, to his own death 10 days before marrying the woman he’d fallen in love with as a teen. But maybe the important thing to remember is that he never stopped trying to find love.

To channel Poe’s romantic fervor, the garden at the Poe Museum is available for weddings. 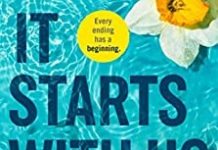