As creator, writer and host of “Ingredients,” National Geographic’s first digital series, George Zaidan was left with some nagging questions.

“Is ‘natural’ food better for you? Is processed food worse? And what does ‘natural’ really mean? Those questions led me down the path to writing this book,” Zaidan says.

Published in April, “Ingredients: The Strange Chemistry of What We Put in Us and on Us” (Dutton, 2020, $27) is the MIT-trained chemist’s first book. It offers a layman-friendly look at the packaged ingredients we consume and apply on our bodies every day.

Zaidan, 34, grew up in Bethesda and graduated from the Washington International School in upper Northwest DC. Before discovering science, Zaidan had his heart set on being a Hollywood film director. “My parents expressed some reservations about that. To be fair, they were right,” he says.

However, Zaidan found a way to combine his passion for science and movie-making as executive producer at the American Chemical Society. “I produce videos that explain the chemistry all around us,” he says. “I love that I get to make videos that are fun and enlightening—hopefully, they help you see the world slightly differently.”

What were—and still are—some of your favorite places in Bethesda?

Montgomery Mall was the place to be. Olazzo is great, too. Barnes and Noble, before it became Anthropologie. I still walk down Woodmont Avenue—lots of great memories. (Does anyone else remember Clayboy?)

When did you first consider science as a career?

The summer after 11th grade, I got a summer internship at the National Heart, Lung and Blood Institute at NIH. I had a mentor, Rod Levine. He was both a gifted scientist and a gifted teacher. His mantra for teaching was to do it in three steps: Watch one, do one, teach one. That helped me solidify my interest in science. But I still had the tug of being a Hollywood film director.

How did you take that dream to the next level?

A friend of mine told me to check out a show on the Food Network called “Good Eats.” It was pretty revolutionary when it came out. I wrote a blind letter saying I would do literally whatever job was available. I worked for Good Eats from 2008-2010. My official job title was production assistant, and I did everything from plunging toilets to making coffee. I wouldn’t say I abandoned the dream…more so that I adapted it. It merged with science to form a new dream.

“Ingredients,” which aired on YouTube and National Geographic’s website, premiered five years ago. Do you have any episodes that resonate?

I did a show to see if I could recreate consumer products from nature. Turns out, for some things, you can. You can make some pretty decent lipstick out of a few types of oil, wax and rust. The rust is what makes it red. The oil and wax sort of work together to make the texture just right. The whole series inspired me to write the book. How was writing a book different than creating, producing and hosting a web series?

Producing a show is a sprint. Writing a book is a marathon. Both are lots of fun, but you learn a lot more from writing a book, and you can explore all the angles more fully.

How long did it take you to write it?

It probably took close to two years. I would wake up at six in the morning and write for a couple of hours before I would go to work. Most weekends, I would write for eight hours a day. There’s nothing like having a deadline to make sure you write a thousand words a day. The American Chemical Society was extremely generous when they learned I was writing a book. They gave me a six-month sabbatical.

You also recorded the audio version. What was that experience like?

I narrated it at Clean Cuts, in the basement of WUSA-TV on Wisconsin Avenue. It took three days of reading. Your voice gets worn out. After a while, everything gets inflamed, your mouth gets dry. You have a headache.

Do you have a favorite anecdote from the book?

Probably the stories of how ancient societies used to make what we would consider today to be processed food. Their use of chemistry was incredibly creative and inventive.

What has the pandemic been like for you? How have you been keeping busy?

I can barely get a moment to breathe, between my day job, marketing the book and eating aggressive amounts of candy, then feeling guilty for not working out.

What are you reading, watching, or listening to?

Do you have any ideas for a second book?

Many, but none that are ready for prime time yet!

This interview has been lightly edited for clarity and length. It originally appeared in the June-July 2020 issue of Montgomery Magazine. 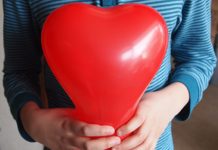