A sea of white flags slowly began to appear in mid-October on the DC Armory Parade Ground in front of RFK Stadium. This public art installation, “In America How Could This Happen,” was created by Suzanne Brennan Firstenberg to honor those who have died from COVID-19: one flag for every American life lost.

“They were just numbers on a screen,” says the Bethesda-based visual artist. “We couldn’t grasp that they were individual lives.”

Firstenberg, who self-funded the installation, worked with Ruppert Landscape of Laytonsville to plant the initial 219,000 flags. More were added daily as the death toll rose, many of them planted by visitors who were encouraged to dedicate flags to lost loved ones. By the time the installation was taken down on Nov. 30, there were more than 267,000 flags outside the stadium.

A self-described “social issues artist,” Firstenberg, 61, finds inspiration from the biggest concerns inundating our news feeds—economic inequality, racism, climate change—and uses the language of art to reinterpret them. She is an artistic polyglot, using whatever materials she thinks will work best for a piece instead of limiting herself to one medium.

In 2016, for example, Firstenberg installed 10,752 airplanes folded from pages of The Congressional Record at The American University’s Katzen Museum. Representing the partisan warfare running rampant in Congress, the paper planes, striped in red or blue, were hung from the ceiling in battle. Those brave enough to “cross the political aisle” were colored purple, the color of reason.

In all of her work, Firstenberg’s goal is to draw people in. “I make things that look beautiful and then when you get close you realize that there’s something deeper in the work and the message sinks in,” she says.

As an artist, Firstenberg was a late bloomer. Previously, she spent several years in the pharmaceutical industry, worked on Capitol Hill, volunteered with hospice for 25 years and raised three kids.

She was 50 years old when she decided to take an adult ceramics class and surprised herself by crafting a beautiful, intricate bust of a woman out of clay. Since then, Firstenberg has opened her own studio, launched exhibitions and art features and won the Creativity Prize at the Harbin International Ice Sculpting Competition in China in 2016.

“When I discovered that I had an artist in me, there was almost a sense of obligation that I explore it,” she says. “I like to say that this is my third phase. I did my intellectual phase when I got my MBA, then my emotional phase when I did hospice volunteering and raised my kids and now I’m in my giving back phase.”

For the past 2 ½ years, Firstenberg has been working on “The Empty Fix Project,” a seven-installation series on drug addiction and drug policy, a topic she presented in 2018 at The George Washington University. In the future, she hopes to challenge people’s views by exploring topics like white supremacy as well as racial and economic inequality

“If we continue with this bizarre individualism idea, how will we deal with the next pandemic or climate change? These are the biggest things on our horizon and we have to confront them in a unified way,” says Firstenberg. 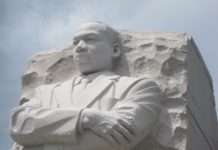 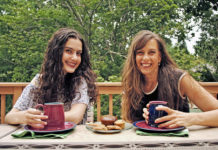