The secret to preparing a perfect hamburger: keep things simple.

“If you buy too lean, like a 90/10, you’re not going to have the fat content to give it the juiciness in the burger,” says Edelblut. “We feel that an 80/20 blend is good, and most grocery stores, that’s what they’re carrying.”

If you’re shaping your own burgers, it’s important to find the sweet spot: not too loose, not too tight, not too thin, “just a decent nice firmness to it,” says Edelblut.

For seasoning, all you need is salt and pepper.

“I know a lot of people do mixes and put a lot of stuff inside their burger,” he says. “We don’t, we just use salt and pepper on them. Occasionally, someone will ask for some blackening seasoning on it, which I think is pretty good, but we don’t do a mix like you see a lot of.”

Now bring the grill to a medium heat. One of the biggest mistakes that people make is turning the grill up too high.

“We like to keep it at a medium heat, nothing too high because it tends to char the outside of it before the middle gets cooked to where you want it,” says Edelblut. “On a scale of one to 10, maybe a six to seven, but really nothing higher than that for us.”

When the grill is hot, add the patty and let it cook for three to four minutes. Once there’s a nice char on the first side, flip it over.

If you want cheese on your burger, add it after the flip and let it melt while the burger cooks. Cover the grill, cook for another 3 to 4 minutes and you’ve got yourself a perfect hamburger.

Of course, a perfect patty is only half the equation. No great burger is complete without toppings and a bun.

O’Donnell’s Market uses a brioche roll for its burgers, but Edelblut also recommends a standard potato roll. You can usually find both at the grocery store. As for toppings, get creative or stick with tried and true combinations such as bacon, lettuce and tomato.

At O’Donnell’s, “one of the popular ones that we have is cheddar, bacon, lettuce, tomato and avocado,” says Edelblut. “People have all of their own preferences, but that seems to be one of the biggest sellers for us.”

A version of this story appeared in the June-July 2020 issue of Montgomery Magazine. 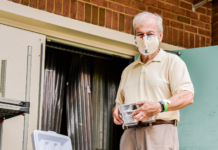 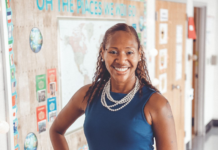 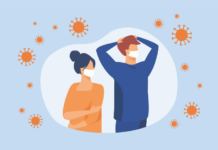