The Super Political Activism Club (Super PAC) at Richard Montgomery High School in Rockville, Maryland, recently launched a change.org petition requesting for the MCPS Board of Education to change the school’s name, which commemorates a former slave owner.

According to the club’s official press release, “Richard Montgomery…was a slave owning general, and we strongly believe that celebrating a person who owned enslaved people is simply wrong.”

Instead, the students are urging for their school to honor “a true MCPS hero” who exemplifies the anti-racist, diverse and inclusive values both their community and county take pride in.

“We would like to honor someone that we feel has served this community and is representative of the diversity in this community,” says Isabelle Scholes-Young, a recent Richard Montgomery High School graduate and a founding member of Super PAC.

Scholes-Young also hopes that other schools will take inspiration from her club’s petition and start their own. There are currently five other Montgomery County schools that are named after slave owners, including Montgomery Blair High School, Francis Scott Key Middle School and Thomas S. Wootton High School.

“When we look at the way MCPS high schools have been named, we haven’t really taken a lot of current and recent history to reevaluate the names,” says Scholes-Young. She adds that the petition encourages her school community to research more into their school’s and other local schools’ name origins.

Richard Montgomery High School was formerly known as Rockville High School, but the school was renamed in 1935 during the segregation era to distinguish it from Rockville Colored High School.

Super PAC’s petition has already garnered more than 2,700 signatures, surpassing its original goal of 2,500. It is now aiming for 5,000 signatures. With so much widespread community support, Scholes-Young believes that the club’s petition is a “first step” in gradually addressing systemic racial issues within Montgomery County. 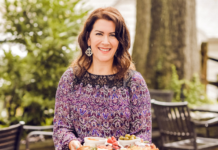 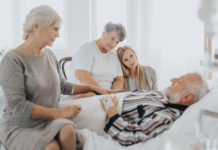 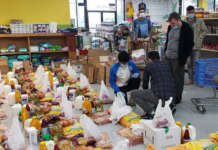