Francesca Casazza was facing il ostacolo—a big problem. The executive director of the Italian Cultural Society (ICS) in Bethesda would have to cancel a music-and-dance fundraising event if she couldn’t find a suitably large and prestigious venue. Months of efforts by her staff had gone for naught.

Casazza reached out to the Kennedy Center’s Millennium Stage. Happily, they’d just had a cancellation and April 30 was available. “Luck? Sure,” says Society president David Flaxman, “but Francesca has a way of making her own luck through persistence, will and charm.”

Throw in her youthful vigor, her effervescent personality and a passion to share her native language and culture with everyone else, and you get the picture: Resistance is futile!

Born and raised in Genoa, Italy, Casazza earned her master’s in economics and business administration from Università di Genova and fell into teaching by happenstance. In 2016, she became director of the Italian language program at ICS and, since September 2017, has managed the cultural programs, the scholarship programs, communication, marketing and finance of the Society. Observers say the ICS has flourished under her leadership.

“She’s injected a whole new energy into the group,” says board member Sara Forden, a journalist who was based in Italy for 22 years. “But the most important thing she’s done is really develop the core strength of the society, which is the language program.”

“I’ve put together my business background and skills with my passion—the language, the culture,” Casazza says. “I know marketing, and I have the expertise to run a startup. And when I came this was practically a startup.”

Founded in 1953, the nonprofit ICS promotes everything Italian in the Washington metropolitan area from an unassuming building on Rugby Avenue in Bethesda. The language program began in 1974 and has greatly expanded under Casazza; current enrollment is about 700 students, she explains during an interview in her modest, sunlit office.

Casazza, 47, speaks English, Spanish, French and some German. Her teaching career began at a multinational business in France and continued after she got married and moved to Boulder, Colorado. She’s taught Italian in Spain, at the University of Maryland, at SAIS-Johns Hopkins University, at Montgomery College and at Casa Italiana Language School in D.C.

Bethesda resident Sylvia McLeod, whose family lived in Italy for 10 years, was “overjoyed” to discover that her daughters, Julia and Alexandra, could continue their Italian studies at ICS. “Francesca has always been most helpful in finding classes that will work for their abilities and our schedule. Thanks to these classes, the cultural events hosted by the Institute and the fact that both study Italian at their school, Oneness-Family School, we still feel a part of bell’Italia.”

Of course, one cannot speak Italian on an empty stomach, so in addition to theater, film and musical cultural events, the ICS promotes Italian cuisine. Casazza is proud of Genovese delicacies but she doesn’t play favorites—with one exception. A few years ago, preparing for the annual February Carnevale before the Lenten season, Casazza wanted to have traditional sweets called chiacchiere—fried dough fritters dusted with sugar—but no restaurants were willing to make them since they are made by hand and are labor intensive.

“Francesca wasn’t going to give up,” says her friend and ICS member Elisa Evangelista. “So she and her husband worked in the kitchen for hours to make chiacchere to serve more than a hundred people.”

Casazza cheerfully admits to a talent for cajoling people into aiding the ICS; Forden says she was recruited to join the Board virtually at hello. But in one important episode her persuasive powers have been bested.

Working in Milan in 2000 she decided she needed a new laptop. “Buy a Toshiba,” a colleague urged, “it comes with a free trip to Washington.” Casazza replied she just wanted the computer, but after speaking to an old friend with the foreign service in Washington, she took the freebie.

In D.C., the friend took her to a party, and Casazza found herself enjoying the company of a young man, the only other non-diplomat. “I really didn’t want an American boyfriend!” she recalls, breaking into a broad grin. 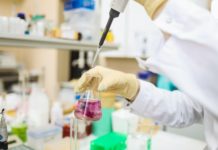 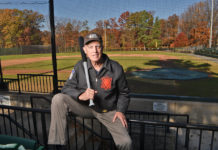 Bruce Adams is Back at Bethesda Big Train Baseball 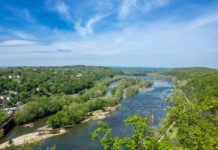